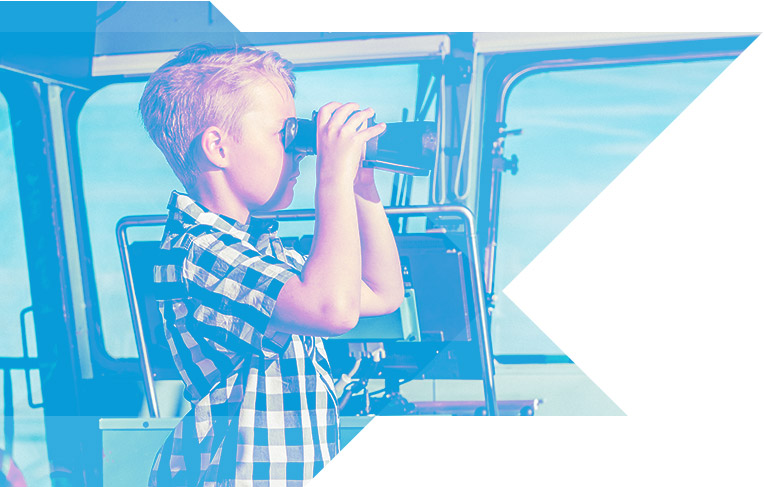 The Estonian Shipowners' Association, TalTech Estonian Maritime Academy, Tallink Grupp and Corpore Conferences are organizing for the 17th consecutive year the oldest maritime conference in the Baltics, which aims to bring together maritime, transport, public and academic sectors and companies from Estonia and neighboring countries.

Traditionally, the September conference also marks World Maritime Day. Over the years, 2,500 participants from more than 10 countries have attended the conference. 250 speakers from Estonia and abroad have shared their knowledge.

Due to the challenging times, we have decided to organize a hybrid conference. This means that the forum will also be broadcasted online for those not able to travel to Tallinn.

The Tallink Spa & Conference Hotel's modern conference center offers many great opportunities for high level events. The hotel is much more than just a place to stay - here you can pleasantly combine a business trip with a vacation and continue after a busy meeting day in the lobby bar, water park or Nero restaurant.

It is the most unique hotel in the center of Tallinn, and the rooms are designed in a comfortable and personal style. 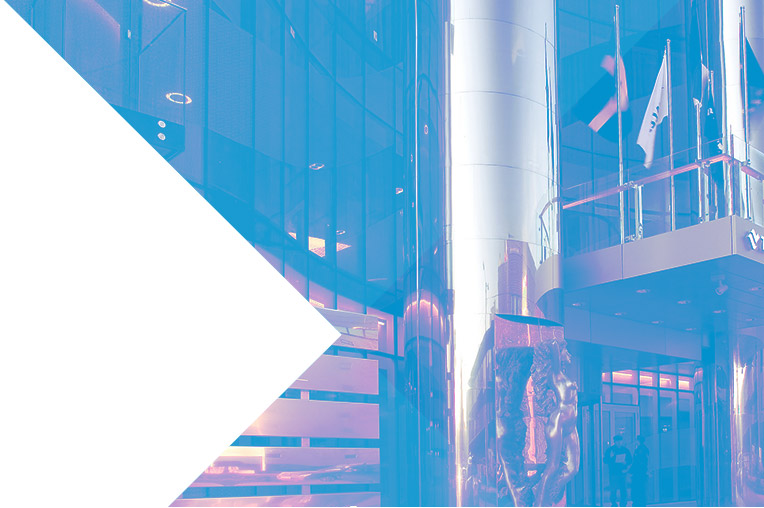 President of the Riigikogu

President of the Riigikogu

President of the Estonian Shipowners Association

President of the Estonian Shipowners Association

Head of Unit, Maritime Transport and Logistics, European Commission, Directorate General For Mobility and Transport
Annika Kroon is head of the Maritime Transport and Logistics Unit in the Directorate General for Mobility and Transport in the European Commission. The unit deals with sustainable maritime policies, maritime markets and international maritime agreements, but also with digital and sustainable intermodal freight transport and logistics. Annika is an economist with Master’s degrees in Cybernetics in Economy and International Finance, having devoted last 12 years to transport policy. In her earlier assignments in the European Commission, she was involved in setting up the impact assessment framework, that the Commission uses for ex ante analysis of all its major policy proposal. Before joining the European Commission in 2008, she has worked as a financial and business analyst in banking and telecommunication sector in Estonia.

Head of IMO Maritime Training and the Human Element in MSD/ Deputy Director in the Maritime Safety Division
A national of Spain, Ismael Cobos is currently living in London. He holds a Phd (cum laude distinction); a MEng in Marine Technology and Marine Engineering; a BEng in Ship Science/Naval Architecture and a Master in Shipping Business, all from the Catalonia Polytechnic University.
He is fluent in English and Spanish.
He began his professional career as Engineer Officer in 1999 in crude oil tankers and reefer ships before joining the shipping industry ashore as ship manager in a ship repair and refit shipyard in Barcelona.
In the Spanish Maritime Administration from 2004, he worked as Maritime Safety Inspector/Supervisor dealing with port State control (PSC) inspections, flag State inspections, 24/7 emergencies and safety management and ship security audits. Over this period, he represented Spain in several national (e.g. security advisory committee of the port of Barcelona) and international fora (e.g. European Maritime Safety Agency, European Union).
In June 2012, he was appointed Counsellor for Transport of the Embassy of Spain in London and representative of Spain to IMO, leading the Spanish delegation in IMO, IOPC Funds and IMSO meetings, having chaired some of them. He also promoted efficiency, sustainability and internationalization of transportation systems and infrastructure from a bilateral (Spain-UK) perspective.
In April 2016, he joined the IMO Secretariat as Technical Officer responsible for the goal-based standards (GBS) verification audits scheme related to construction rules for bulk carriers and oil tankers, as well as for the development of the goal-based standards safety level approach (GBS-SLA) within the IMO rule making process. In said position he was also secretary of the Sub-Committee on Ships Systems and Equipment (SSE).
He was appointed Head, Maritime Training and Human Element (IMO) in January 2018, where he was responsible for running the section and, in particular, was secretary of the Sub-Committee on Human Element, Training and Watchkeeping (HTW), contract manager of the IMO model courses programme, funded by a multidonor trust fund; managed the system to verify State Parties’ compliance with the obligations emanating from the STCW Convention, dealt with the preparation and publication of model courses and was responsible for the implementation of relevant projects and technical cooperation activities.
In July 2022, he was appointed Deputy Director in the Maritime Safety Division, a position that he currently holds, being responsible for directing and supervising the activities of the Subdivision for Operational Safety and Human Element, and assisting the Director in coordinating the work of the Division in relation to meetings of the Maritime Safety Committee (MSC) and its subsidiary bodies.
Currently, he is also one of the key members of the Seafarers Crisis Action Team (SCAT), initially established by the Secretary-General of IMO in April 2020 to help address the humanitarian crisis faced by seafarers as a result of the COVID-19 pandemic.
He was also a lecturer at Catalonia Polytechnic University from 2004 to 2016 and has written a number of publications related to the maritime field.

(Ms), Climate Manager, MAN Energy Solutions Denmark
As Climate Manager, MAN Energy Solutions Denmark, Frederikke is Responsible for the de-carbonization and future sustainability of processes, services and products by the Danish branch of MAN Energy Solution SE.
In addition to the sustainability area of expertise, Frederikke has a background as a shipping market analyst with vast knowledge of propulsion technologies and –fuels, the shipbuilding market, shipping market mechanisms and supply chains.
Frederikke holds a M.Sc. from the University of Copenhagen
MAN Energy Solutions enables its customers to achieve sustainable value creation in the transition towards a carbon neutral future. Addressing tomorrow’s challenges within the marine, energy and industrial sectors, we improve efficiency and performance at a systemic level. Leading the way in advanced engineering for more than 250 years, we provide a unique portfolio of technologies. Headquartered in Germany, MAN Energy Solutions employs some 14,000 people at over 120 sites globally. Our after-sales brand, MAN PrimeServ, offers a vast network of service centres to our customers all over the world.

Operations Manager, Port of HaminaKotka Ltd.
Suvi-Tuuli Lappalainen works as the Operational Manager of the Port of HaminaKotka. She is also an Industrial Ph.D. student at Tallinn University of Technology. Lappalainen has previously worked as HSSE Manager in an international chemical terminal and as a project manager at Kymenlaakso University of Applied Sciences (KyUAS), in collaboration with Kotka Maritime Research Centre and Finnish Maritime Foundation. Lappalainen has graduated as a Master of Science in Biorefineries from the Lappeenranta-Lahti University of Technology LUT and she has a Master’s degree in Maritime from KyUAS. As a young lady, she sailed onboard bulk carriers as a deck officer.

Seafaring experience has been gathered mainly from working on special duty vessels in many various projects in different parts of world, for a total of approximately 15 years, out of which 3 years in role of captain.

In 2012, moved from seagoing service to Tschudi Ship Management and became responsible for safety and environment of the Company and their ships at sea. Today I'm in the role to lead and coordinate different aspects of ship management and focus on ship operation.

While working at Tschudi Ship Management, I have had the great opportunity to operate ships and coordinate work in over fifty various projects, most of which are related to the marine construction and maintenance of offshore wind farms, but also other offshore construction works, including oil and gas segment at sea.

My goal is to utilise all the experience and best practices gathered via the various projects and from the years at sea to improve and optimise the industry I'm working at - to maintain the positive footprint.

Region North Europe Decarbonization Expert, DNV
Adam Niklewski - a graduate of the Gdańsk University of Technology at the Faculty of Ocean Engineering and Shipbuilding, based his thesis on the knowledge and internships at the Technical Universitat Hamburg-Harburg (TUHH) and the Istanbul Technical University (ITU). Moreover, a graduate of the International Executive MBA program. For 17 years associated with DNV, dealing with project management related to supervision of ship repairs and certification of ship equipment and systems within European and global market. In his work also delegated to direct negotiations with flag administrations on topics related to International IMO Conventions, e.g., Ballast Water Management, in which DNV is an authorized representative in the world.
Currently, he is most involved in the subject of decarbonization and the implementation of the IMO strategy for the reduction of greenhouse gases (GHG) in the 2020-2050 perspective. Among others, it cooperates at the expert level with entities such as: the Ministry of Climate and the Environment, the Ministry of Infrastructure, the National Fund for Environmental Protection and Water Management or the Parliament of the Pomeranian Voivodeship. Previously, an employee and lecturer at the Gdańsk University of Technology and an employee of the IMP of the Polish Academy of Sciences.

Chairman of the Board of TS Shipping

Chairman of the Board of TS Shipping

SkillSea Project, Technical Coordinator, Netherlands
After the Nautical Colleges of Den Helder and Rotterdam, he sailed for ten years as a dual officer within Nedlloyd Lines.
In 1996 started as a lecturer within the STC Group. He became heavily involved in the development and implementation of STCW 1995 courses and curriculum development. In 2004 took the position as director of the bachelor's maritime education in Rotterdam. In 2019 got his MSc in Shipping and Transport. Since 2014 member of the innovation and educational development department. At the end of 2020 involved in the SkillSea project as the technical coordinator.

Acting Director General of the Transport Board

Acting Director General of the Transport Board

The title of the conference is "Green Innovation in Maritime"


* Working language: Estonian and English
* Simultaneous translation Estonian-English-Estonian
* The organizer has the right to make changes in the program


* Working language: Estonian and English
* Simultaneous translation Estonian-English-Estonian
* The Organizers reserve the right to make amendments to the schedule

Corpore Conferences will send an invoice to the email address you entered after registration.

Tallink Spa & Conference Hotel is the perfect intersection of business and holidays offering conference center which is equipped with high level equipment. In addition, hotel facilitates restaurant Nero, which menus represents international cuisine. And on top of all – there is Aqua Spa Center, which saunas and pools offer relaxation after busy day.

Or use the link: Tallink Spa & Conference Hotel - MARITIME22

The four-star hotel with the most exclusive location in the center of Tallinn will adapt even more flexibly to the wishes and needs of its guests after the renovation course. Following the renovation, the hotel has on its 10 floors a total of 324 rooms in different categories All rooms are decorated in a modern style which suits a hotel in the heart of the city.

Special rates for participants:
Standard room (single or double) – 94 EUR/night
Rate includes accommodation, breakfast, WiFI, and VAT.
Payment method: individually by the guest at the hotel – Credit card or cash.
Availability: Rates are available based upon the hotel occupancy levels, the hotel can not guarantee availability in case the hotel is full.

Or use the link: Tallink City Hotel - MARITIME22